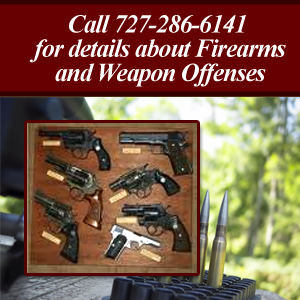 The Fourth Amendment to the U.S. Constitution is one of the most important constitutional protections afforded to citizens. That constitutional amendment protects citizens from unreasonable searches and seizures by law enforcement. For example, the police cannot simply pat you down and go rummaging through your pockets for no reason. In fact, there are only a few reasons where they can engage in this kind of search. When they do so without a valid basis, that search is illegal, and the items found in the search should not be allowed as evidence at your trial. Making sure that you are getting the full protection of your constitutional rights requires many things, and one the biggest ones is a skilled Tampa Bay criminal defense attorney.

As an example of how an illegal search can occur, consider the recent case of T.N. two St. Petersburg police officers spotted T.N. sitting at a picnic table in a park that had closed 90 minutes earlier. Based on the park’s closed status, the officers approached T.N. He told them he was just leaving and headed toward his bicycle. The officers commanded T.N. to stop and, eventually grabbed the man’s bicycle so he couldn’t leave. They arrested him for violating a St. Petersburg city ordinance that bans people from being in city parks after hours.

Notice anything wrong with this arrest? You, as an everyday non-lawyer, reasonably might not. T.N. was in the park after closing time and that was a violation of the city ordinance. An experienced criminal defense attorney, however, can spot the issue. Specifically, that problem was a violation of T.N.’s Fourth Amendment rights. T.N.’s defense lawyer asked the judge to suppress all the weapon and drug evidence due to it being the result of an illegal search. The trial judge ruled against T.N., asserting that “the police had a right to be where they were.”

A few years ago, an insurance commercial featured an elderly woman who, exasperated with her social media and technologically unsavvy friend, blurted out “That’s not how it works! That’s not how any of this works!” Sometimes, court cases can be like that. This was one of those times. The Second District Court of Appeal explained that, factually speaking, the trial judge was absolutely correct that the police had a right to be where they were. The appeals court also explained that that fact had no bearing on whether or not the officers conducted a legal search.

When the officers restrained T.N. and searched his person, they did so as part of what’s called a “full custodial arrest.” The problem for the prosecution was that law enforcement officers aren’t allowed to make full custodial arrests based solely on a person’s violation of a city ordinance. Any time they do that, it is automatically “unreasonable and a violation of the Fourth Amendment.”

That meant that the police’s search of T.N. was illegal and the trial court should have suppressed the gun evidence and drug evidence. Based on that, T.N. was entitled to a reversal of his conviction on the drug charges and gun charge.

The skillful and vigorous defense you or your loved one deserves requires a keen eye for the details and an in-depth knowledge of the law. The experienced Tampa Bay criminal defense attorneys at Blake & Dorsten, P.A. are here to provide that and more. Our team has been helping people facing criminal charges for many years to defend their rights. Call us today at (727) 286-6141 to schedule your FREE initial consultation.