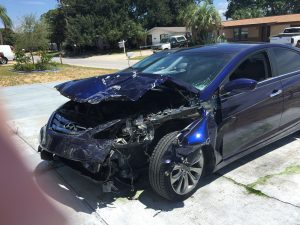 (Note: This is a guest submission. Author information is found at the end of his article.)

The law of negligence generally determines a personal injury.  It allows an individual to be compensated for all the losses originated from accidents, incidents or cases caused by the negligence of someone else.

One example of personal injury is when someone was hurt due to a defective product. This instance, however, does not immediately establish the negligence of the manufacturer. Cases about product defect are governed by the so-called legal concept named strict liability.

Moreover, a personal injury claim can turn to an intentional tort case when a person intentionally does something to someone else, which lead to injuries of the latter. There are more kinds of personal injuries which are exemplified in the following.

Car accidents typically happen when someone is not following traffic rules or not being careful as he or she should be. Also, these cases are commonly occurring when someone is driving under the influence (DUI).

If you are behind the wheel, you should not only think of the road but also your legal responsibilities to other drivers. For instance, if you run a stop sign and eventually struck another car, you will be legally responsible for all the injuries resulted from the accident.

Being legally responsible means that you will be held financially accountable to all the damages and injuries stemming from the car accident. There are no-fault exceptions when drivers have insurances; but, if serious injuries take place, there is a need to connect with Legal AED Criminal Lawyers.

Defamation, which is also called as defamation of character, provides the idea that one individual can suffer an injury to his or her reputation caused by unfactual statements said by other people. It could be in the form of libel or slander.

For instance, if you are a celebrity or a public figure, you need to have a proof of “actual malice” to ascertain that the defamation was intentionally made or recklessly done not to consider the what the truth is.

On the one hand, if you are just an ordinary person, what you need to find out are proofs that an incontrovertibly true and negative statement against you caused actual harm like a financial loss. In this case, being a defamed average person is uncomplicated to be solved rather than becoming a defamed celebrity.

In the United States, legal actions about dog bites vary from state to state. Other states follow one bite rule. This rule stipulates that a dog owner can only be held liable for personal injury damages if there are reasons to prove that the dog is prone to biting or becoming aggressive.

Other places follow strict liability rules stating that dog owners should be automatically the sole people to be financially responsible for the bites and other injuries caused by the dogs regardless if the dog has ever shown a propensity to bite or become aggressive before.

Intentional torts are charged to people who intentionally injure or harm other people, which is way different from other types of personal injury cases that are typically based on negligence. Assaults and battery are examples of intentional torts.

Because of the intent to harm others, an intentional tort is considered to be a criminal case against the perpetrator. For example, if someone intentionally attacks someone else, he or she will be indicted with criminal charges. In this case, the victim could file a personal injury lawsuit and could ask for compensation for the injury.

Medical malpractice is one of the complex cases related to personal injury. It happens when a health care professional including a doctor, nurse, therapists and many more fail to provide proper and reasonable skilled care to the patients, which would result in the injury of the patient.

If malpractice happens, this is considered negligence. In this sense, every patient has a legal right to receive compensations from the hospital or health professionals. There are medical malpractice laws that could protect patients against substandard medical care.

Based on the premises liability laws, most of the property owners, just like driving, have legal responsibilities to retain their premises to be hazard-free and safe to avoid casualties. Injuries happen within the property can lead to liability; however, it does not apply to everyone as it varies to different situations and place where the damage occurred.

Personal injury needs a civil action. Hence, if the defendant/s or the liable party is/are found to be legally responsible, money should be paid to the plaintiff/s or the injured party. Criminal liability, on the other hand, the one who committed something wrong should receive punishments like imprisonment or some charges like breach of legal duty.

Attorney Michael Aed started his career as a public defender, but after only nine months of successfully defending misdemeanor charges, like DUIs, for clients, he was promoted to felony assignment.  Mr. Aed practices law in state and federal court.  He was also included in the Top 100 Trial Lawyers list by The National Trial Lawyers.