Many people assume the police are more particular about arresting violent offenders than those who are involved in drug-related crimes. Surprisingly, the opposite is true. In 2016, the FBI estimated that there were 1,572,579 arrests throughout the United States for drug-related crimes.

Whether you are arrested for having heroin, LSD, cocaine, or methamphetamine on your person or are found in possession of prescription medications, you are likely facing serious jail time.

This is especially true if you don’t have the help and guidance of a drug possession attorney and you don’t know how to conduct yourself accordingly before or during your arrest. If you are facing drug possession charges, do yourself a favor and keep the following dos and don’ts in mind:

END_OF_DOCUMENT_TOKEN_TO_BE_REPLACED 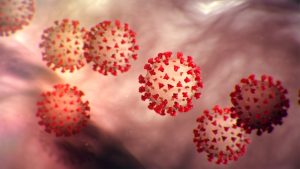 In part one of this blog, we discussed recent court changes and what to expect with any upcoming court dates.  In just over a week since Part One was written, there has been numerous changes/updates.

For one, ALL non-essential court dates have been moved until at least May.  this includes jury trial for criminal and civil cases.  Only new arrests and people in custody who can resolve their cases will have court the next several weeks.

Next, while not strictly court related, the Chief Judge in Pinellas signed the following administrative order:

END_OF_DOCUMENT_TOKEN_TO_BE_REPLACED 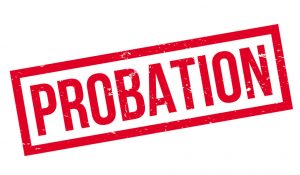 If you are a first time offender and are facing a non-violent criminal charge, you could be eligible for a diversion program. Diversion programs exist to help people who have made a mistake turn a corner for the better. These programs are designed to change the behavior that led to the charge without causing undue hardship like a criminal record or jail time. Here’s more about these programs and how they can help you.

What Are Diversion Programs?

Diversion programs, also called pre-trial interventions, are a way for prosecutors to take your case out of the normal court system. If you qualify and it is approved by the state, you will complete a period of probation, usually some community service, and potentially counseling or substance abuse treatment as indicated by the crime you committed. In return, your case will never go to court, you will face no jail time, and you can apply to have your record expunged in most cases. END_OF_DOCUMENT_TOKEN_TO_BE_REPLACED

Tampa Bay has already begun the preparation to host the Republic National Convention to be held at the end of August. No doubt this will be an exciting time for the community as Delegates and Key Note speakers from around the country will be exploring the St. Petersburg and Tampa area. However, with the excitement of an upcoming presidential race comes controversy, with controversy comes protest, and often times protests lead interaction with law enforcement and often times arrests.

Police utilize several statutes to arrest citizens that may be engaged in protest or are overly disruptive. Under Florida Statute 877.03 persons who engage in conduct as to constitute a breach of the peace or disorderly conduct and against the peace and dignity of the State of Florida may be guilty of disorderly conduct. Police use disorderly conduct as the catch all crime to make arrest for persons acting out in protest. Violating Florida Statute 877.03 for being “disorderly” can land you or loved one in jail for 60 days and a fine of up to $500.00. Furthermore, if convicted, you can get up to six months of supervision.

Generally words alone will not be sufficient to sustain a conviction for disorderly conduct, however, any fighting or brawling, urinating, or having too much to drink will get you a ride to the county jail under the disorderly statute. If police are accusing you of disorderly conduct there are several things to remember: First, ask for your attorney! You are potentially being accused of a serious crime. An experienced trial attorney will be able to protect your rights and protect you from further incrimination. Second, keep your mouth shut! You have a Fifth Amendment right to remain silent. Use it! Do not make any statements and do not consent to any searches.