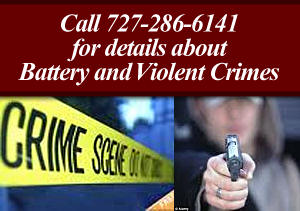 The world is constantly evolving, meaning that the law is evolving. New technologies may mean new avenues for obtaining the evidence you need to prove your innocence in a criminal trial. Getting that evidence, though, requires knowing how to engage in the legal processes properly and in a timely way. To do that, be sure you have representation from a skilled Tampa Bay criminal defense attorney.

One of the modern technological gadgets many people have in their homes these days is a personal assistant device from Amazon or a competitor such as Google. Amazon’s devices come with the well-known “Alexa,” a voice-activated, cloud-based AI service. You can tell Alexa to do many things, from compiling shopping lists to tuning in a radio station to even mimicking the sound of human flatulence, and the Amazon device will perform that task.

Technology like this, as it contains the ability to “listen” and record what is said to the device, has the potential for some unexpected uses. In fact, in one case currently pending in a trial court in Kentucky, Alexa may hold the key to proving a woman’s innocence, according to her attorney. In that case, K.E. was on trial for the April 2020 murder of her mother in the small town of Elizabethtown, KY.

The mother had an Amazon device in her home equipped with Alexa. The defendant’s legal team in the Kentucky case asserted that the mother’s Amazon device had essential information in the case, especially given that the mother was blind and used Alexa to do many tasks around her home. One of the daughter’s attorneys told WDRB in Louisville, KY that he expected “to find data — potentially, a recording — of the victim during the time we can prove that [K.E.] was not inside that home.” The defense team intended to prove that the daughter could not have been her mother’s killer by placing the mother alive and speaking to Alexa at a time that the daughter was proven to be elsewhere.

In the Kentucky case, the defense team obtained a subpoena, which required Amazon to turn over any recordings or transcripts it had that were covered by the subpoena. As a subpoena is a court order, the person or entity who receives a subpoena must either comply, fight the subpoena in court (and win) or else possibly face contempt of court penalties for failing to comply.

This issue has come up in Florida, too

A similar thing happened last year in South Florida. According to a Sun-Sentinel report, a woman in Hallandale Beach died after receiving a fatal stab wound from a spear. Law enforcement believed the woman’s husband murdered her, while the husband argued that the spear handle broke inadvertently and that the stabbing was a terrible accident that resulted from that accidental breakage.

In that case, the police sought and obtained a search warrant for the records Amazon held, intending to see if Alexa recorded anything that might help prove the stabbing was no accident.

If you are the one seeking the evidence from Amazon, one of the keys to simplifying your efforts may be obtaining written proof of permission from the device’s owner allowing the release of the records. In Arkansas, NPR reported that a man who was suspected of a homicide gave Amazon permission to turn over records from his Alexa-equipped device to the police. This turned out to be a wise move as, after the police got the Amazon records, the prosecution decided to drop the case.

So if, for example, you have been charged with the murder of a man at your brother’s home, then you may be able to obtain and use records from your brother’s Alexa-equipped Amazon device to disprove your guilt. Obtaining your brother’s express written permission consenting to the disclosure will probably greatly help in getting those records, as Amazon has a history of refusing to turn over records unless there’s a valid search warrant or the device owner specifically gave permission for the disclosure. If, however, the device owner is also the homicide victim, then that may present a challenge, but access may be possible with the right court orders.

The experienced team of knowledgeable Tampa Bay criminal defense attorneys at is here and ready to get to work for you. Our attorneys have been helping people accused of violent crimes seek justice in Florida for many years, and know what it takes to get results. Call us today at (727) 286-6141 to schedule your FREE initial consultation.