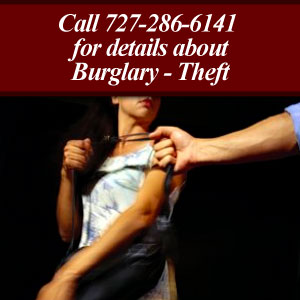 There’s something in the law called a “statutory inference” and, although you’ve probably not heard of it, it can be very important in your criminal trial. These inferences come from statutory laws and say that juries can infer certain things even without actual proof. Given what a big help that can be to a prosecutor’s case, one of the things you may need to do as part of your defense is to convince the judge that the facts of your case do permit the use of any statutory inferences. Doing this successfully often requires an in-depth knowledge of the statutes, case law and court rules. In other words, having a knowledgeable Tampa Bay criminal defense attorney can go a long way toward success in your case.

To understand a little more about how these inferences can work, the case of A.L. serves as a good example. The origins of A.L.’s case dated to early June 2017, when several items were stolen from several cars in Brandon. Eventually deputies came to search a bedroom in a home in pursuit of the stolen items. The bedroom was shared by A.L. and his brother. The brothers’ uncle gave permission to search the bedroom. In the room, the deputies found many of the items that residents had reported stolen.

Based on that evidence, the prosecution charged A.L. with several crimes, including five burglary counts, one count of grand theft, three counts of petit theft, and one count of criminal mischief. At the end of his trial, A.L. made several requests of the court. One was to deny the state’s ability use a statutory inference under subsection 2 of Fl. Stat. 812.022.

That subsection says that “proof of possession of property recently stolen, unless satisfactorily explained, gives rise to an inference that the person in possession of the property knew or should have known that the property had been stolen.” This inference, if allowed in A.L.’s case, would potentially have been very damaging to his defense against the charge of petit theft.

If you shared a space, then you didn’t have exclusive possession

The appeals court agreed with A.L. The rule requiring “exclusive possession” demands exactly that – possession that you and only you have. In the past, other courts had denied the use of the inference against defendants in similar situations to A.L.’s. In one case, the stolen items were found in an apartment the defendant shared with his brother and two other people. In another case, the items were found in a duplex the defendant shared with two other people and in a shed that the three tenants and their landlord all shared. In each case, the fact that multiple people shared the space meant that the possession wasn’t exclusive, and the prosecution wasn’t allowed to use the inference of Fl. Stat. 812.022(2) against the accused.

There’s a lot that goes into putting together a successful defense in a criminal case. Whether it is keeping out harmful inadmissible evidence, getting proof onto the record that tends to disprove your guilt, ensuring you get a fair and impartial jury, or blocking the state’s use of statutory inferences, your defense needs the benefit of extensive legal knowledge and skill. To get that kind of resource on your side, retain the skilled Tampa Bay criminal defense attorneys at Blake & Dorsten, P.A. Our attorneys have been providing clients with high-quality and effective representation for many years. Call us today at (727) 286-6141 to schedule your FREE initial consultation.